SCOUTING REPORT: Hank has man-strength on the mound, but his body leaks open during pitch delivery

SCOUTING REPORT: Hank has man-strength on the mound, but maturity is an issue. Someday
he’ll have to give up his pet spiders, someday he’ll have to solve his leaking body

SCOUTING REPORT: Turns out Hank’s mother does not exist

I never fully implied Hank’s mother exists so there’s no need to correct myself, that’s called being smart
and planning ahead

SCOUTING REPORT: Hank’s kid brother was bit by one of Hank’s pet spiders but he would never disturb his
big brother and his mom doesn’t exist

SCOUTING REPORT: Hank’s kid brother carries his spider bite with dignity and discretion, his leg is swelling,
that leg is purple. He’s waiting for the world to be perfect again 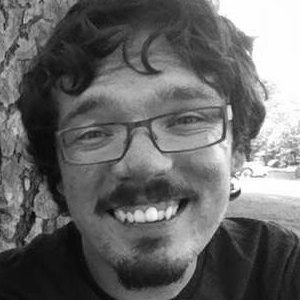 James Ardis published the chapbook Your Arkansas: A Strategy Guide (Gauss PDF) in 2016. His writing appears in Heavy Feather Review, Rivulet, The Rumpus, and Crossing Genres, among others. He is currently working on a hyper-capitalist Everybody Loves Raymond project.