I need this bill to move forward so that it will prove to people
who say that Texas is the most awful state to live in.
And to me that’s true, because Texas is a place of pain for me.
–Geneva Reed-Veal, mother of Sandra Bland

Amerikkka from peripheral view. The distance
between have & have naught. Not escape, but its door,

an aperture like an exit wound. Apprehension
tangled in her hair, as though

approaching inevitable proximity,
where everyone around her

thinks they know her &
they try to lay claim to her. They find their quarry

fascinating, but she feels trapped,
arrested in her ballistic thrust of trajectory,

because she knows a lot more
about who she doesn’t want to be,

than whom she really is. A coalescing
ambiguity, mystery seductively encased

in glitter of stardust, carbon compressing
to betokened shimmer. A diamond absolute

gleaming like heaven,
scintillating through the eye of the needle. 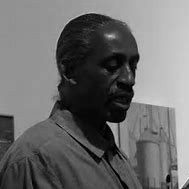 henry 7. reneau, jr. writes words in fire to wake the world ablaze: free verse that breaks a rule every day, illuminated by his affinity for disobedience—a phoenix-flux, red & gold immolation that blazes from his heart, like a chambered bullet exploding through cause to implement effect. He is the author of the poetry collection freedomland blues (Transcendent Zero Press) and the e-chapbook physiography of the fittest (Kind of a Hurricane Press), now available from their respective publishers. Additionally, he has self-published a chapbook entitled 13hirteen Levels of Resistance, and is currently working on a book of connected short stories. His work was nominated for the Pushcart Prize by LAROLA.