If even in the light we grope
toward separate entrances and the sun
drapes our feet, in the lacquered
wood carding room under the vented
whale oil lamp, who can blame us
collecting the dried leaves of unknown
herbs—to match somehow with labels
stamped by unknown Shaker hands—admiring
the spare lines of pegs, level on each,
above the bed ‘for sleeping straight without
talk’, and the windows set large and deep,
with convenient thumbscrews to change
the height, a spittoon, a tin candlestick,
oaken drawers, the deep calm grain
of the druid’s tree, and light, always
that marvelous gray white light
as if coming from down the long polished
hallway crowded with dark, cloaked
mercantile farmers, men here,
women there, never touching,
miraculously, clothes never brushing,
strands of hair never falling
on one another’s brow, never
the looks that touch the skin,
and even dancing, they remain
still toward their separate exits,
down the sturdy, firm wood steps—
who can blame us as we ask
what kind of room this light
makes, a cell of the Lord’s,
or of some man’s measured mind. 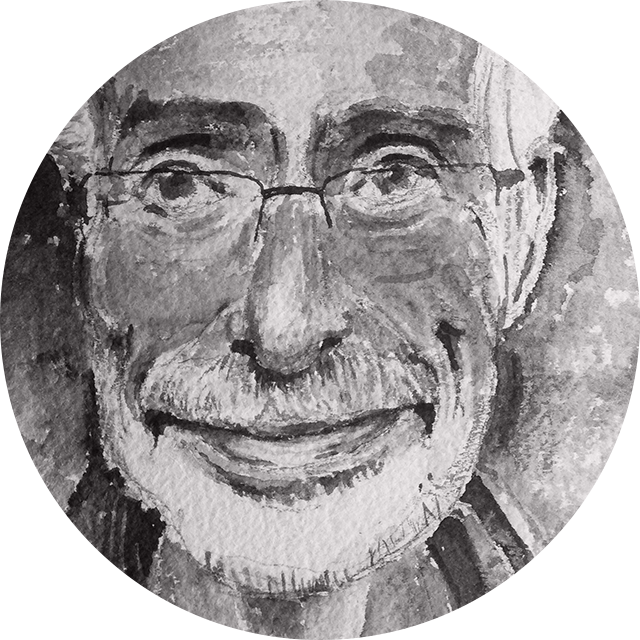 David Appelbaum treads a thin line between poetry and philosophy. A professor of philosophy at SUNY New Paltz, his work, in a series of books, focuses on the transcendent nature of ordinary things, including Everyday Spirits (SUNY Press, 1995). In addition, his thought shows a special interest in the performance of the speaking voice. For ten years, he was editor-in-chief of Parabola Magazine, with its concern for wisdom traditions and the search for meaning. Publisher of Codhill Press, an independent literary small press which he founded fifteen years ago, he has produced a booklist of nearly one hundred titles, including authors of international reputation. A number of collections of his own poems have been published, including most recently Jiggerweed(Finishing Line Press, 2011), Vespers (Hammer and Anvil Books, 2012), and Letters and Found Poems of Edisa and Chloe (Codhill Press, 2013).