Things happen. Like last night, when I fainted in a restaurant. Just like that,
fainted. Passed out dead cold.

What I mean is, you go about your day thinking everything is fine, just fine. You
set up business appointments, you meet a friend for lunch so you can trade jokes
and secrets about other friends, and then that night, bam, out cold in a restaurant.

I think it’s important to add that it was a French restaurant.

I think it’s very important to add that. It tells you something about me.

Here’s something else. I wear glasses.

Now do you get the picture?

Look, look, let me back up just a little bit and give you this thing right from the
beginning. Let me let you in on the big picture. That way you can judge for yourself if I
know from what I’m talking about or what.

Look, this is how it is. Things happen. There are certain events in a man’s life that
one can truly point to as something that happened. Like being ten years old and nearly
putting your friend’s eye out with a stick. Your best friend. It’s something that happened,
there’s no denying it. You have it with you for all of your life. For all I know, it might
even be something that you carry with you after that, after life. So this is one of them, this
is one of those things that happen. An event. You see what I mean?

It started out as an ordinary day. That much I’ll vouch for. You can ask my wife,
she’ll vouch for it too. Not a thing out of the ordinary, nothing that would lead one
suspect that would culminate in such a calamity.

What’s done is done. I can only relate events as they happened. I can’t change them from where I’m standing.
His name was Tim. Is Tim. That is, the fellow whose eye I nearly put out when
we were both ten. What business did we have playing with sticks at that age, I ask you?
There was a perfectly good basketball in my garage, you can’t put someone’s eye out
with that. But it happened, we were playing with sticks when there was a perfectly good,
perfectly safe basketball in my garage not more than ten yards away.

Still, it haunts me.

I don’t speak a word of French, you know.

But that couldn’t have had anything to do with it.

I’m fine now. I’m here and I’m physically fine. My doctor had a look-see this
morning and he couldn’t find a thing, not a thing. But I don’t want you to get me wrong, I
don’t want you to think that it’s all over and done with and that there’s nothing more to it.
Because it isn’t so. Because it happened, and because it happened it can’t help but inform
my every thought and action. Even the way I ate my lunch. It’s there, just like that stick
had been there on the ground when we were playing.

Actually, if you must know, we weren’t playing at all. We were fighting. And the
stick was right there on the ground just waiting to be picked up and used.

But my wife and I, we weren’t fighting. It was the waiter with whom I was
fighting. He insisted that he spoke only French. Can you imagine that, in a French
restaurant the waiter spoke only French? How was a person to make an informed
decision? How was one to know if it was veal in white wine or frog’s legs?

You know something, I haven’t been to France or even spent much time with
French speaking people, but I can tell you about that waiter. That’s why I was fighting.

I broke my glasses, too.

That is, when I fell over, passed out, I broke my glasses. Not that I needed them
then. I couldn’t see a thing anyway.

It was horrible, that idea that I had put out his eye. There was blood everywhere. I
can still see it. The memory just sort of sneaks up on me when I’m otherwise engaged,
like yesterday morning when I was standing on the subway platform waiting for the train
to take me to the office and suddenly I remembered it.

You know what else was horrible? Right there, just before it happened, just before
I fainted, I lost my sight.

The whole place, it just went white, I could still hear them, I could hear my wife
saying, “Help, please help him, you’ve got to help him.” And then there was the waiter
talking in French, saying something in French. I could even hear my own voice when I
cried out, “I can’t see, I can’t see.”

I thought I was dying.

Then bam! Out cold. 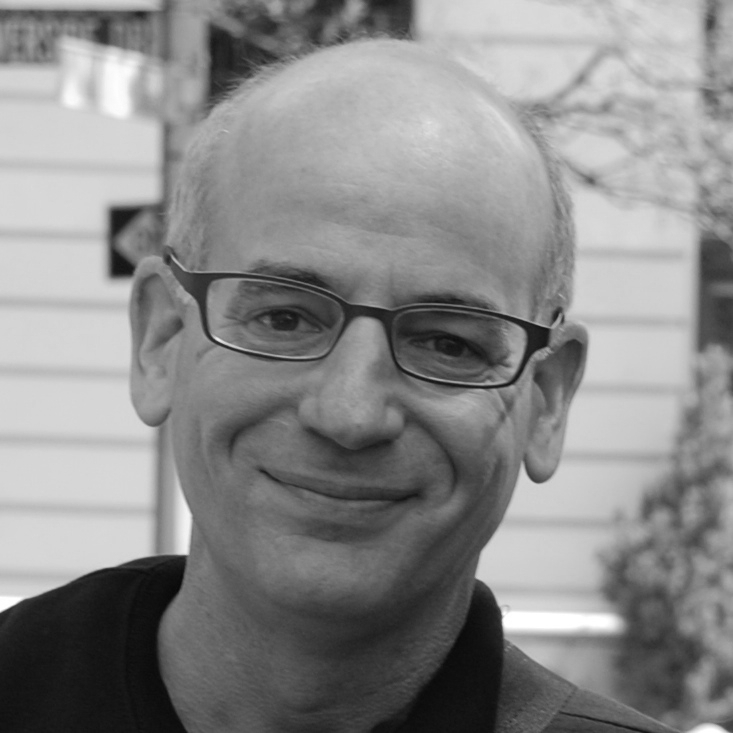 Manhattan is home for R.C.Ringer and the subject of his novel-in-progress. His short fiction has appeared in many journals including Witness, The Quarterly, Manoa, Many Mountains Moving, Quarter After Eight, Midstream, Runner’s World, and in several anthologies. He received an MFA degree from Columbia University.