It sat in the far corner of the window of an antique shop in the
Marais. The owner tried to sell it to me every time I passed. One
ear was missing. The fur was rubbed through, revealing a canvas-
colored hide. Its stiff tail had cracked an inch from the anus. It
was bandaged with transparent tape. “Eh alors,” said the owner, “
you do not understand! This cat—he is the cat of Edith Piaf!”
Each time I waved at the man—at the cat, too. And each time I
shook my head, singing out “Je regrette…,” as I quickened
my human steps.

Nothing sings like it used to. One time you stumbled on a
feather—iridescent purple, so palpating you were sure it had been
attached to something living. Maybe an organ beat in this far
peninsula, maybe this patch was only the arid outskirts of a
canopied continent! There it was before you, indigo, vibrant
and—confess, you knew it already—vestigial as a tailbone. They
say each generation, losing more, accepts its own depletions.
What remains is remains. You found the bill later, forward-facing
serrations, crust of ligament. Bloodless. You looked it up: near
passerine.

You’re never too young to arrive at the place where everything
thins—stubborn, forgetful, alone in a body ingrained with fibrous
growths, poor eyesight, weak bones, and the threat of worse—
angelic visitation, simple despair. You’re unnerved, it’s
unnerving—not the sensations but the thoughts around the
sensations, leaping over finish lines, certain as grief, as the
catalogue of the ones who have left or the ones who plan to. They
say shape up, so today you imagine groceries appearing on the
stoop, packed by a young man with strong arms and a quick step,
willing him to reproduce, like a virus, in the thin host of your
bones. 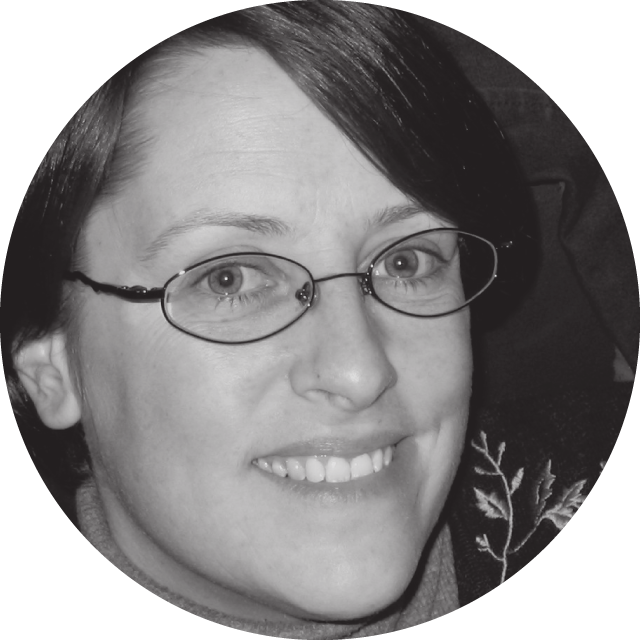 Elisabeth Frost is the author of All of Us: Poems (White Pine), Rumor (Mermaid Tenement Press), A Theory of the Vowel (Red Glass Books), Bindle (Ricochet Editions, a collaboration with artist Dianne Kornberg), and the monograph The Feminist Avant-Garde in American Poetry (Iowa). She is also co-editor of Innovative Women Poets: An Anthology of Contemporary Poetry and Interviews (Iowa). Frost has received grants from the Rockefeller Foundation-Bellagio Center, MacDowell, Yaddo, and others. She is Professor of English and Women’s/Gender/Sexuality Studies at Fordham University, where she edits the Poets Out Loud book series from Fordham Press.