ANOTHER LESSON IN FAILURE AND DESIRE, OR, LEONARDO’S TO-DO LIST

I thought I was through. Not with the body. With uncertainty.
What does this have to do with desire? Everything.

1. Talk to Giannino, the Bombardier, re. the means by which the tower of Ferrara
is walled without loopholes.
2. Ask Benedetto Potinari by what means they go on ice in Flanders.
3. Draw Milan.

1. Figure out if you can cheat without calling it cheating.
2. Find a way to pleasure that doesn’t hurt (anyone.)
3. Map a route back to yourself before you were broken.

At first glance it may appear ambitious. (I may have to settle for a process of elimination, a system of wanting.)

4. Ask about the measurement of the sun promised me by Maestro Giovanni Francese.

4. Find a way to measure the circumference of what you wake up with: by what increments and at what angle
does the light penetrate the blinds?As you turn your back on the morning, what do you turn into?

(Not sleep. Possibly a dream, a manufactured promise, some kind of highly personal extortion.)

5. Find a master of hydraulics and get him to tell you how to repair a lock, canal and mill in the Lombard manner.

Enough with the boat, you don’t even like being at sea. You’ve never handled a sextant, can’t name a constellation.

5. Find your loophole. Your crack in the wall, your means to traverse thin ice.

It’s possible I’m a liar. I have nothing
with which to refute that accusation, other than my skin, with its thousands upon thousands of nerve endings rippling
like wheat in unsettled weather.

6. Get the master of arithmetic to show you how to square a triangle.
7. Get Messer Fazio to show you about proportion.

(Leonardo imagined what he couldn’t see or know. Distractible, curious, he didn’t always finish what he started.)

A firm command of perspective and a knowledge of the inner workings of the body are key.

6. In our minds it was beautiful, it all worked.

More fleshy than previously understood (pluperfect),
typically culminating in “who’s that?” when caught
in a reflection. (See objects in mirror are larger
than they appear. See micropsia.) Breaks a paragraph,
a line, like an egg, spilled milk. Then double thinks,
needs to pee, take a walk, lie down for just a bit.
Double dips, as in, takes extra when no one’s looking,
as in squirrelly. (See rat’s nest, fig. 18). Comes to a full stop
without warning. Resultant fender-benders, pile-ups,
collisions. Yes, head-on. Yes, not watching or caring
to map a route. This isn’t to say she’s lost. Yes,
we’ve been here before, (see labyrinth, fig. 14,
see “A Study of the Multiple Pathways of the Brain”
Smithson, Yamagushi, Boorwinkle, et al),
but this is different. (See chapter 6.) For example,
her lists (items represented are not to scale).
For example, people to take care of (or not), situations
from which to extricate (now or ASAP), a constant
nag, the geometry of her ongoing impulse toward
(unrealized) order that’s only now coming to light.
Further study required. (See Notes. See Appendix.)
A discussion group is forming in your area. 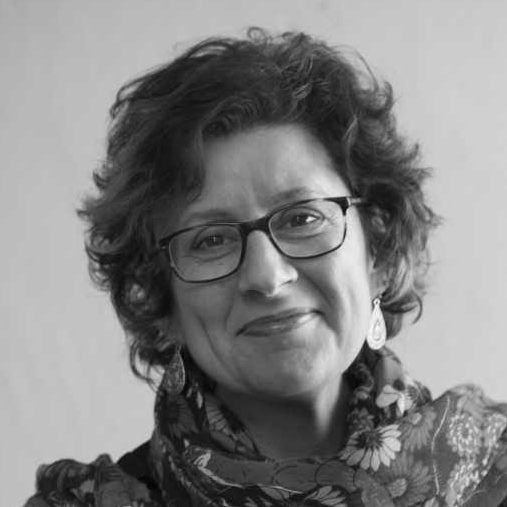 Amy Dryansky’s second book, Grass Whistle(Salmon Poetry, Ireland) received the 2014 Massachusetts Book Award for poetry. Her first, How I Got Lost So Close to Home, won the New England/New York Award from Alice James. Individual poems have appeared in a variety of journals, including Barrow Street, Harvard Review, New England Review, Orion, and The Women’s Review of Books. Additionally, her work is included in several anthologies, most recently, Nasty Women Poets: An Anthology of Subversive Verse, published by Lost Horse Press. She’s currently the Poet Laureate of Northampton, MA, and assistant director of the Culture, Brain & Development Program at Hampshire College. For more about Amy, visit http://amydryansky.com.