I resent the Julienton, fluid
contradiction of fresh and salt water,
with changing tides eroding
the bluff beneath my family’s “new” cabin,
which requires sandals in the shower,
smoking Swisher Sweets to keep the ’squitos at bay.
Each spring, the river spits out debris from upstream:
water beds of grass and reeds, decorated
with fish hooks and six-pack rings.

But then, I watch porpoises swim in the wake
of Dad’s old skiff. Beavers dive into bait buckets
on the dock. Horseshoe crabs crowd to mate
along the sand bar. I climb fallen trees in the boneyard
on the beach of Blackbeard, where wild boars run.

I.
The only religion that hasn’t failed me:
the crest of a wave breaks,
the way it forgives.

With a reed, I sketch
my need in the sand,
pray as gulls gather ’round my knees.

II.
Later, I return to Kansas,
try to talk to the river, hear the Flint Hills,
where the prairie shakes my faith amid tallgrass.

But between my thumb and forefinger,
I see where it ends. 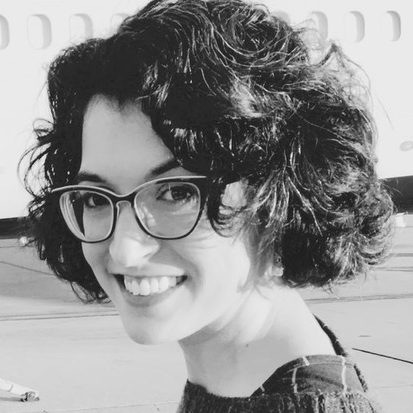 Anna Harris-Parker’s poems have appeared or are forthcoming in Cellpoems, Mikrokosmos, Poetry for the Masses, West Texas Literary Review and Slant. She is an Assistant Professor of English at Augusta University. For more: annaharrisparker.com.