At the ceremony, she read a poem
about wanting immortality
as a writer
questioning if it was alright.

That rush of blood from a second heart
to a second groin
the one-name poet on the lips of the young
raising you afresh each generation
like wheat.

Now I think: clown shoes, Kaleidoscope glasses.
A wish like the last stain
of blood on my underpants.

I’ve no grudge against the future.
But why should I care about posterity
with its swaggering, know-nothing ransack
of our personal histories?

But since none of us
can want only one thing
I admit to a scribble of hope
jammed into a pocket, easily ignored
to be born again in a place like this—

almost exactly the same as this
sun adjusted in the sky—

I just don’t see why
it should matter to me if my poems
are feted when I’m dust.

The poet has a gentle mien.
Fame becomes her.
She looks at stars seriously.
When she spoke, there was a hum in the air

as if thousands of gold and black
pollen-dusted bees
with their fat, furry backs
and inexorable honey
were under her skin.

I drank too much wine
at the reception and left early.
A five-year-old could draw my heart with crayons.

And that would be all
except the bees followed me.
Tucked in bed, I watch them crawl on the ceiling—
earnest wobble of sun and ink—
and write this poem.

Language is always home
beating old words into dust.
They vanish with a yowling seductiveness.

Look, we say, there we are
in the deep past—wasn’t that us?
So beautiful.

She comes with her twig broom
striking “beautiful.” Please
we only want to know

how it began.
Who loved
Smack.
us.

In my dream about this poem last night
the book was on the floor, a leaky vessel
and the mice had escaped from it.

Without mice, the cats had nothing to do.
They slept all day long in the gray light
up near the top of the poem.
Nothing scampered in the low places
quick as a child’s fever, shoelace tails
magnets for slit pupils,
the gathering stillness as the rapt animals
calculated angles. Nothing bled.

Outside, the city pulsed,
the young on wheels, voices interweaving.
I looked for the intent scurriers, the French
housewives of the mid-20th century—
fromage, baguette, gateau,
La Batarde from the bookstall
by the Seine for the afternoon nap
sans enfants—the good life.
But they were long gone.

TODAY IS NOT FOREVER

Except as all days are.
Jackhammer outside, the way my elbows hurt

I say today is not forever, chiding the animal
of depression who curls up in the path
of the thundering herd.
You’re supposed to be afraid of the big cat on the ledge
blurring into the tawny texture of afternoon
not the grass-eaters.

I was always afraid of the wrong things.
I’m afraid of everything but death
which waits ahead
ready to mock me for imagining waking up
a child again, all impossible tasks completed
by invisible helpers.

Can I blame you, Mother, for reading me fairytales
from which I took the wrong lessons?

I was always afraid of tomorrow
and would stare at time (clocks, shadows)
hoping to muck up the works
with the glue of sunk longing.

Others live in a glitter
perhaps. Those who don’t—

do I think that they, like me, are detritus; is it possible
to know everyone is precious?

The moments falling over like young soldiers.
The gnat-seconds swallowed
by a bird already extinct.
Talk to me. 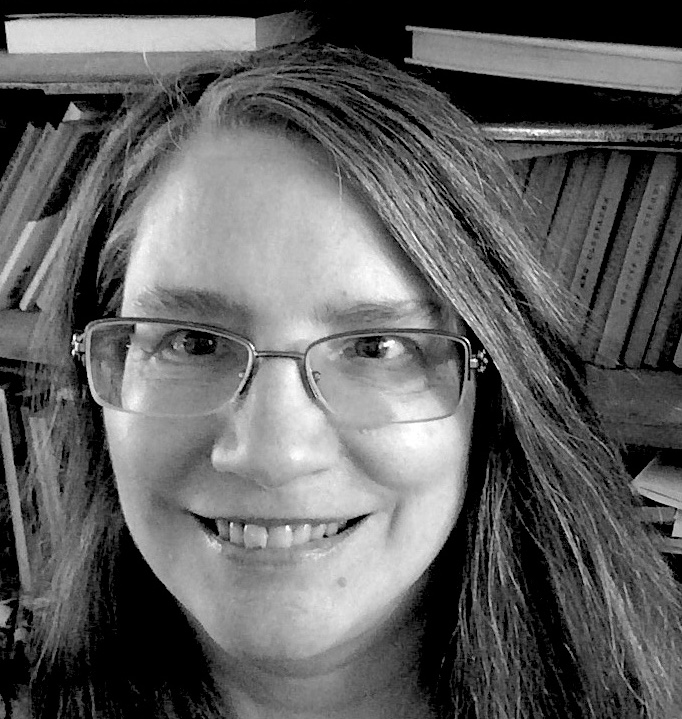 Margaret Diehl has published a chapbook of poems, it all stayed open (Red Glass Books, 2011), two novels and a memoir (Men, 1989; Me and You, 1990; and The Boy on the Green Bicycle, 1999, all from Soho Press) as well as poems, articles, and book reviews in many publications. She works as a writer and editor in New York City.