I didn’t want Barb storing her crap in my garage. But I couldn’t come out and tell
her. So I said I didn’t feel comfortable having her unload boxes when I was out of town.
Sure, I had a lot of space to spare, but that was my business. Besides the gardening tools,
shovels and cans of paint, my old darkroom supplies lined the aluminum shelves–the
enlarger I bought at thirteen, the glow-in-the-dark timer, the easels and trays I used to
print black and white photos. In the laundry room of my childhood home, I spent hours
burning and dodging and developing photos, a place where I found solace, away from my
mother, who’d barge into my bedroom and ask why I didn’t have friends.
Although I had no intention of setting up a darkroom, I held onto the photo
equipment; it reminded me of a safe space, where I could explore and create. And maybe
I clung onto my dying friendship with Barb because I heard that little voice in my head,
the voice of my mother asking what was wrong with me.

“I have your house-key,” Barb said. “Can you give me your pet-sitter’s number?
I’ll let her know I’m coming.”
“Can you wait two weeks,” I said, now exasperated, “until I get back?”
Five years before, I had considered Barb a good buddy, despite our differences.
She grew up Southern Baptist. I grew up a New York Jew. In our small North Carolina
city, we found commonalities as single lesbian dog-owners and musicians. We talked
multiple times a day on the phone, took vacations together, met for meals often. We
watched each other’s dogs and watered each other’s plants. And during a difficult time I
had with a home renovation, when other friends defended a depressed carpenter I had
hired, Barb shot them down. She saw how he ignored me, talked to me with contempt.
Yet since Barb found a new girlfriend, she disappeared. I’d see her every now and
then, usually when her girlfriend traveled for business, and more times than not, she’d
complain about her. The last time we hung out, I invited Barb to dinner with my friend
who introduced us to her new girlfriend. Afterwards, Barb said I asked too many
questions.
Shocked at her accusation, I asked what was wrong with asking questions. Over
the course of the evening, I asked the new girlfriend questions about her work, home city,
nothing too personal.
Before Barb answered, I said, “Perhaps, here in the South, you take asking
questions as invasive; yet where I’m from, asking questions shows that you’re curious,
that you’re interested in learning about someone.”
She apologized.

Barb and her partner could afford to pay for a storage unit. But my garage was
convenient. They bought a house up the hill, a million dollar home with giant picture
windows. And little storage space.
Barb said, “It would really help now if we can store a few things.”
Unlike my childhood home, where our two-car garage was piled to the ceiling
with junk my mother refused to part with, my garage was palatial.
“Let me think about it,” I said.
“We’d really appreciate it,” she said.
Barb called the next day and I relented. “I’ll give you a month,” I said. “That
means you have to get your stuff out by August 1st.”
“Great,” she said. “We can do that.”
Barb left boxes and boxes and ski poles and a paper shredder and a set of
dumbbells and lamps in the corner of my garage. Her stuff weighed on me, and because
she had my key, she came and went, taking things out, putting things in, as if it were her
own personal storage unit.
Garage comes from Old French varer, meaning “to protect against,” probably
borrowed from Old Norse vara, “to warn,” and varask, “to be on one’s guard.” I tried to
guard my space, but Barb’s boxes, ski poles and halogen lamps nagged at me. The extra
junk in my basement became a warning sign, not only of a doomed friendship, but of my
need for firmer boundaries. A doormat. A place to wipe mud off shoes and walk over. I
was a doormat.
Barb called to let me know of her comings and goings, yet one morning, I woke to
the rumbling garage door opening below my bed. My phone ringer was off.
I came downstairs to find her rummaging through a box. “Next week is August
first,” I said.
“I know!” she said. “You’re so neurotic!”
We didn’t exchange another word, not until August 1st, when she phoned. She
said she arranged for a consignment shop to pick everything up. Two weeks went by.
Now she said her nieces would rent a truck and take everything. And they did. Before
leaving, she offered me her paper shredder.
She cleared out the basement and our friendship.
It would have been the death of our friendship, I had thought, if I didn’t let Barb
store her stuff. But how could you kill something already dead?
My therapist asked what I learned from the experience.
“It’s not my job,” I said, “to take on other people’s crap.”
I’ve since donated my darkroom equipment to Goodwill but kept the shredder. I
gathered piles of bank statements and health records and fed them into the machine,
which whirred and shredded, but soon into the growing confetti mound, a heap of paper
got stuck in the shredder’s teeth, and the motor moaned and whimpered before it came to
a dead halt, before I placed the shredder in a big green trash bin and wheeled it to the
curb, before a garbage truck unloaded it and left the bin empty, its flap down, an empty
hollow in waiting. 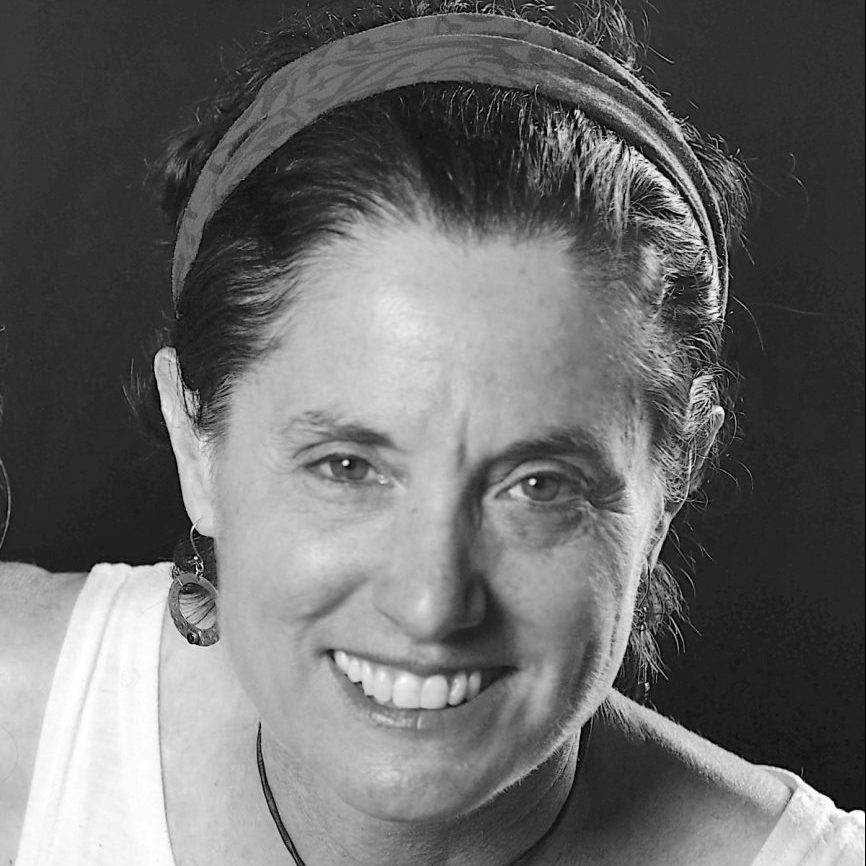 Lori Horvitz’ personal essays have appeared in a variety of journals and anthologies, including Epiphany, Redivider, Chattahoochee Review, The Guardian, South Dakota Review, Southeast Review, Entropy and Hotel Amerika. Professor of English at UNC Asheville, Horvitz is the author of the memoir-essay collection, The Girls of Usually (Truman State University Press).