– From Fragments of Unease (Depositions – with aphasia – after surgery), with a reference to
alto saxophonist and composer Jackie McLean and his sometimes agonized interviews and
several sleeve-notes of his own recordings on Blue Note.

Sober / but the terrors out of Lowry
(the) doubts out of Jackie McLean
Doubts & beyond
Medicated chill / cold bone
Shiver & barnacle
In that to hold to
(to) remember
Purpose / praxis
‘From nightmare into the vortex,’ she says
Livid as blues
Numbingly clumsy (word & deed)
Un-coordination / aphasia
Some old syndrome / no longer spoken

Learn
To edit the deluge

A filter on the camera
At the base of the waterfall

RAGE AGAINST INSTRUCTION (AFTER THE OPERATION)

It’s anger
That pounds the keys
Obsessive
Against instruction
Doctor or teacher
These rages
RSI, Paraesthesia, curvature
Miles’s ruined voice
Shouting against instruction
After the operation
Too easy, though, to blame the patient
Waiting for some small reckoning. 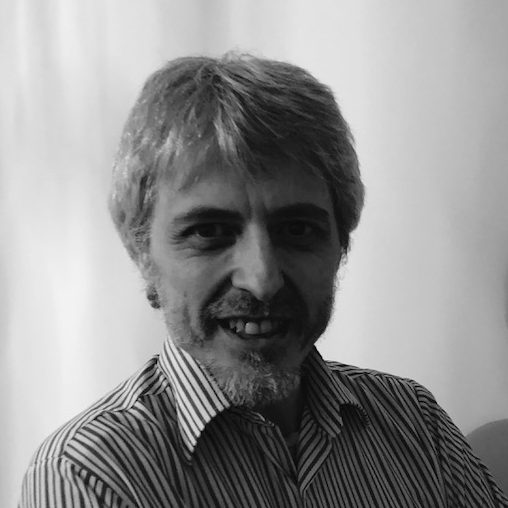 Stephen C. Middleton is a writer working in London, England. He has had five books published, including A Brave Light (Stride) and Worlds of Pain / Shades of Grace (Poetry Salzburg).  He has been in several anthologies, including Paging Doctor Jazz (Shoestring), From Hepworth’s Garden Out(Shearsman, 2010) and Yesterday’s Music Today (Knives Forks And Spoons, 2015). For several years he was editor of Ostinato, a magazine of jazz and jazz-related poetry, and The Tenormen Press. He has been in many magazines worldwide. He is currently working on projects (prose and poetry) relating to jazz, blues, politics, outsider (folk) art, mountain environments, and long-term illness.