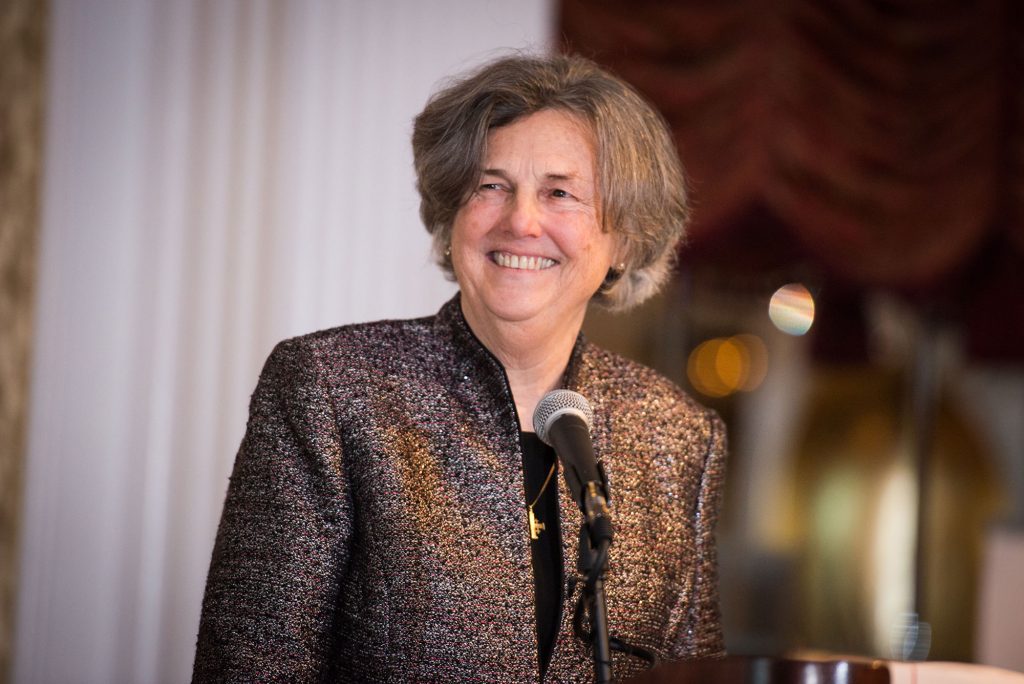 Dr. Zagano is Senior Research Associate-in-Residence and Adjunct Professor of Religion at Hofstra University. She joined Hofstra University in 2002, Her courses have included “Mysticism and the Spiritual Quest,” “Life, Death, and Immortality,” and “History of Irish Spirituality.”

Dr. Zagano is the author or editor of twenty-three books in religious studies, including Holy Saturday: An Argument for the Restoration of the Female Diaconate in the Catholic Church (Crossroad, 2000), winner of Catholic Press Association and College Theology Society Annual Book Awards and Women & Catholicism: Gender, Communion, and Authority (Macmillan, 2012), (Catholic Press Association Book Award).

Her work has been variously translated into Bahasa Indonesian, Czech, French, Italian, Portuguese, and Spanish. The Spanish translation of her best-selling book On Prayer: A Letter for My Godchild won a 2004 Catholic Press Association Book Award. She edited the Liturgical Press “Spirituality in History” anthologies: The Dominican Tradition (2006); The Benedictine Tradition (2007); The Ignatian Tradition (2009); and The Franciscan Tradition (2010). The Carmelite Tradition (2011).

Dr. Zagano is a founding co-chair of the Roman Catholic Studies Group of the American Academy of Religion, and a member of the American Catholic Philosophical Association, the Society for the Study of Christian Spirituality, the College Theology Society, and the Catholic Theological Society of America. She has held appointments at Fordham and Boston Universities, and worked as a researcher for the Roman Catholic Archdiocese of New York. Her biographical listings include Who’s Who in America.

Her award-winning column was nationally syndicated by the Religion News Service until 2010 and now runs in the National Catholic Reporter and in other journals around the world. She has published hundreds of articles and reviews in popular and refereed journals, and for five years hosted a monthly talk show on the National Public Radio affiliate station, WBUR-FM. Her papers are collected at the Gannon Women and Leadership Archives, Loyola University, Chicago, Illinois.

On August 2, 2016, Pope Francis appointed her to the Papal Commission for the Study of Women in the Diaconate, which convened in Rome November 2016.

From time to time, she appears on television. This clip is from the Hallmark Channel’s “New Morning” program, and was shot at the 2006 Interchurch Center Conference on Women in the Church. Play video.